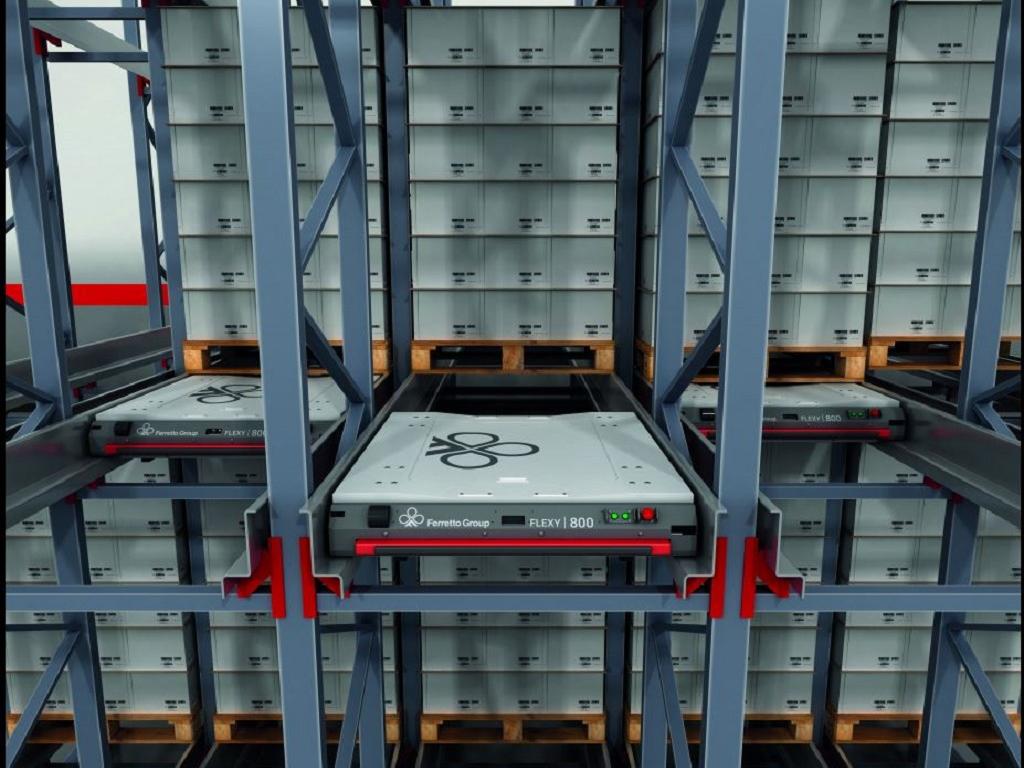 Flexy: The shuttle that travels within the racking structure at any temperature

There are sectors, such as Food & Beverage, which require guaranteed performance even in special conditions. One example of this are temperature-controlled storage systems or cold rooms: here the management and handling of stock must be carried out maximizing space while enabling sufficient flexibility in order to easily adapt to production increases or changes in the demand. Under these conditions the handling system becomes a strategic component to ensure the proper operation of logistics and full compliance with the required environmental conditions. Among the solutions developed by the Ferretto Group for high density storage with a significant number of different items is Flexy, an automated shuttle for pallet racking systems capable of ensuring maximum efficiency even at very low temperatures.

With Flexy, products are handled safely and quickly
Powered by lithium batteries, Flexy runs along rails inside a storage channel, guided by remote control or by WMS management systems. Pallets are thus moved in the loading channel without the aid of forklifts. Operators will always find the pallet aligned with the picking front, with a resulting significant improvement in operational efficiency.

A shuttle for all temperatures

Thanks to its versatility – it can operate according to both FIFO (First-In, First-Out) and LIFO (Last-In, First-Out) logic - Flexy is used in a wide range of applications, including cold rooms, temperature-controlled storage systems and systems for the storage of highly perishable products, for example in food and beverage production and distribution companies. This is, in fact, the ideal solution for the management of multi-depth systems in production plants with many different items in stock and a considerable number of picking and placing operations. The shuttle is available in three models, suitable for pallets of different depths - from 800 mm up to 1200 mm - and can manage also oversize pallets. In addition, thanks to the modularity of the solution, it is possible to increase productivity and to adapt the storage system to the company's needs by simply increasing the number of Flexy shuttles.

Innovation in the warehouse
The interaction between the shuttle and the warehouse management software makes Flexy a high-tech, industry 4.0 solution. The in-house developed software offered by the Ferretto Group allows Flexy to communicate directly with the WMS and consequently with the company’s ERP. All information is exchanged via WIFI. In this way Flexy becomes an important part of the warehouse, capable of guaranteeing efficient management with no picking errors and the highest safety standards for both operators and goods. 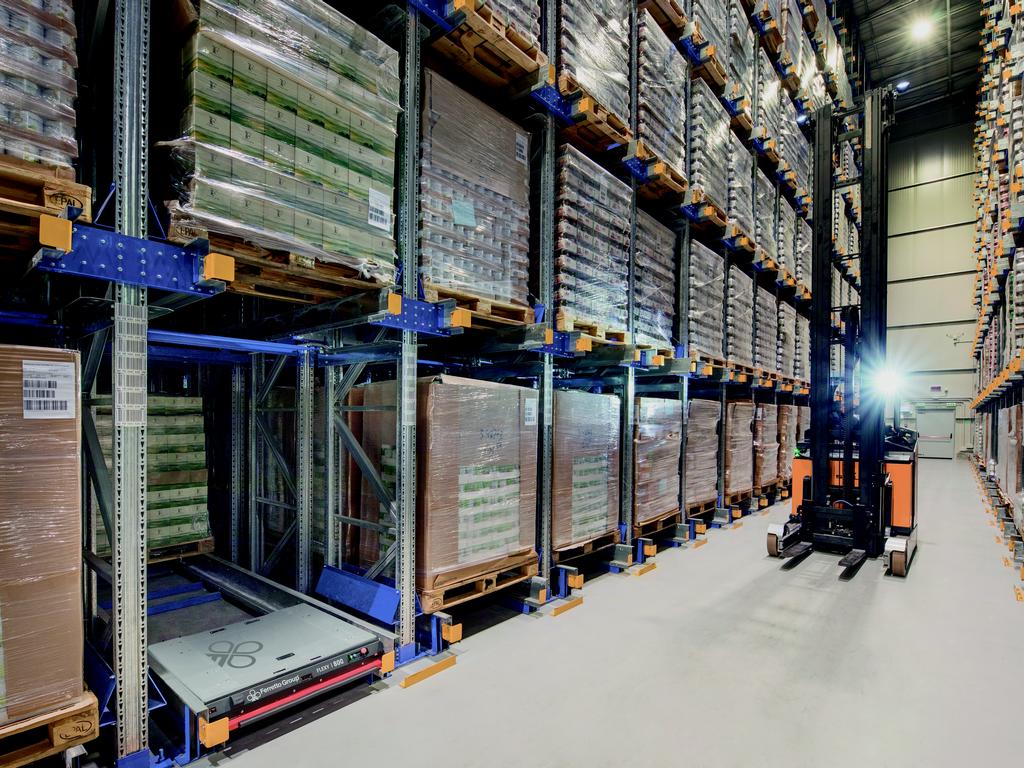