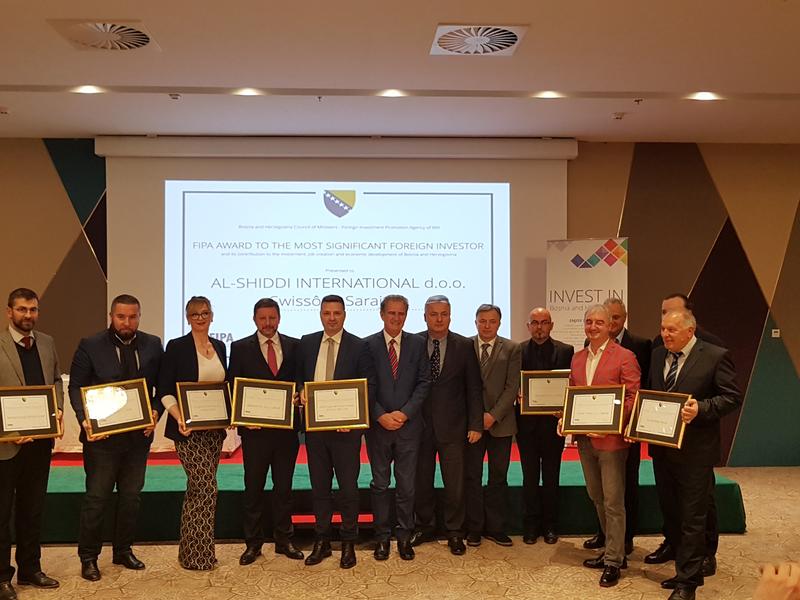 Ferretto Group was awarded the international development prize by FIPA, the Foreign Investment Promotion Agency of Bosnia and Herzegovina. The 10th edition of the prestigious award ceremony was held in Sarajevo on December 18th.

Ferretto Group, one of the world’s leading providers of material handling and storage solutions, was recognized among the “12 most significative foreign investors in Bosnia Herzegovina" thanks to the recent investment in the new plant in Usora.

“We are very proud of this recognition” – stated Miguel Fabra CEO of the group. “ This is a project we strongly believe in as it represents an important milestone in our plans to expand internationally”.

He then further detailed how this investment in Bosnia is part the Group’s bigger restructuring effort that assigns the site in Usora to takeover manufacturing for their core metal racking and mezzanines products, while the headquarters in Vincenza will focus on R&D and on the production of the company`s innovative automated storage solutions.

In Bosnia since 2014, Ferretto Group has been expanding its production capability with a € 8 million investment in manufacturing equipment and upgrades to the current 20,000 sqm facility. This investment is only at the initial phase, as the group plans to further expand the site and consolidate its presence in international markets.