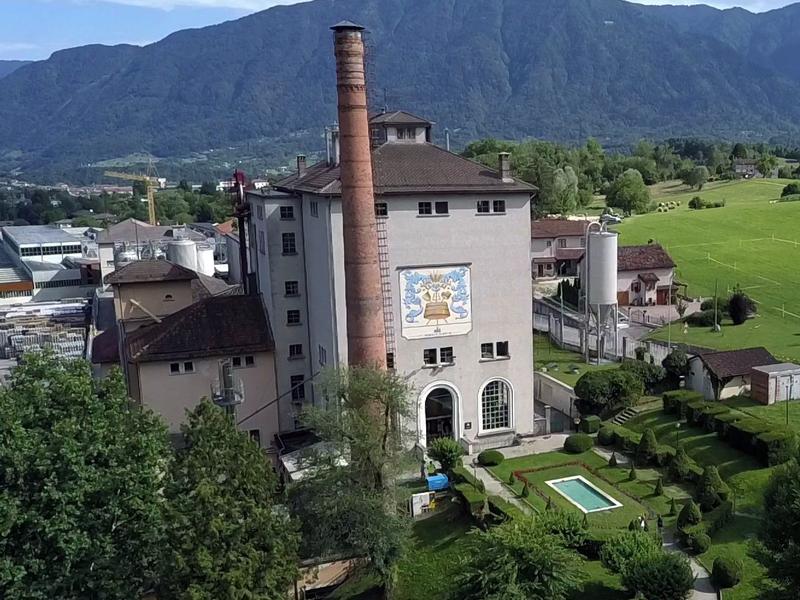 The Ferretto Group is toasting with Dolomiti beer. The Belluno-based company has in fact asked the Ferretto Group to build the new automatic storage system to support the production of one of the longest standing brands in the Italian brewing industry: they have been producing beer since 1897!

Pedavena, in the heart of the Dolomites
Fabbrica in Pedavena, now part of the Birra Castello Spa group, was established at the end of the 19th century and is a top quality Italian beer producer, which over time became a symbol of the area and a key player in beer tourism. Here, for more than 120 years, tradition and technology have worked side by side to create and distribute a product that has been handed down from master brewer to master brewer over time.

Fabbrica in Pedavena’s needs
Its continued growth prompted Fabbrica in Pedavena to search for a new warehouse solution capable of optimizing space, order preparation and shipment times. The company had a precise request: at peak times, the system must be able to handle the shipment of 2 full trucks/trailers while simultaneously managing a loading capacity of no less than 40 pallets per hour from the production line. A further factor to take into consideration in the design and construction of the new storage system was the location of the historic Fabbrica in Pedavena’s premises, in the center of town. This required special attention to the architectural impact during the development of the project.

The automatic storage system designed by the Ferretto Group
To meet the customer’s needs, the Ferretto Group will construct an automatic storage system with two aisles, served by a stacker crane, with double and single depth storage. With a footprint of more than 650 square meters and a height of 20.5 meters, the system will have a storage capacity of 2,160 “Fabbrica in Pedavena” customized standard EPAL pallets. The storage system’s design optimizes the keg line and bottle line entry stations. The shipping area, located opposite the entry stations, will optimize the loading of the trucks/trailers with the aim of guaranteeing two full loads per hour (60 pallets).